By Megan Sheets For Dailymail.com

A New Jersey nursing home where 17 bodies were found crammed into a tiny morgue at the height of the coronavirus pandemic has been hit by a lawsuit from the nephew of a resident who died from the virus.

Brian Roberts, whose uncle Albert Roberts died aged 76 in April after suffering complications from COVID-19, filed his lawsuit against the Andover Subacute Rehabilitation Center II in Lafayette Township on Tuesday.

The suit alleges that the facility failed to provided the legally required level of care to its 700 residents while fraudulently claiming that it was, according to CNN. 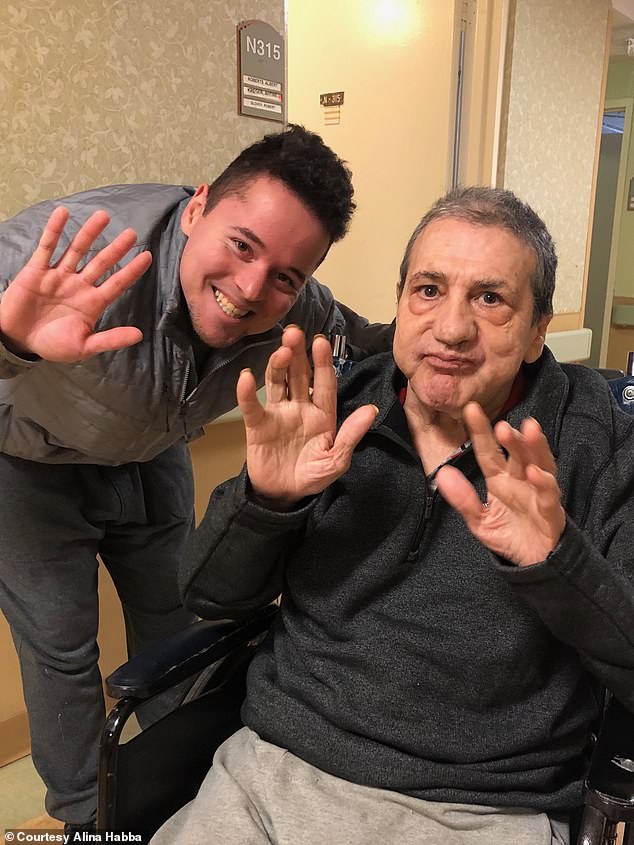 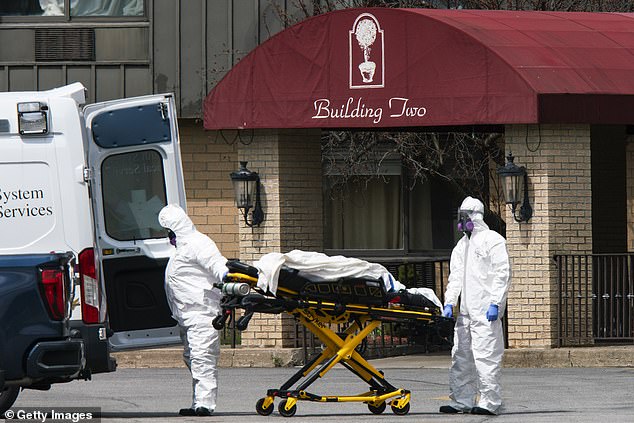 The Andover Subacute Rehabilitation Center II made headlines in April when 17 bodies were found crammed into a tiny morgue at the facility. Pictured: Medical workers remove a body from Andover II on April 16

The plaintiff told CNN that when he visited uncle at Andover II before the pandemic, he found that ‘the people there seemed like they cared, but the staff seemed very overworked’.

After his uncle died on April 1, Roberts said facility staff wouldn’t provide him with any information about what had happened or where his body was being stored.

‘There was a limbo period, where we didn’t even know where he was,’ Roberts said. ‘I wasn’t able to get confirmation, really on anything.’

He said it took 21 days for the facility to confirm that they had his uncle’s body.

Roberts has asked the Sussex County Superior Court for class action status so it can include families of all 94 people who have died from coronavirus at Andover I and II.

The suit claims that both facilities ‘continuously failed to meet the requisite and sanitary standards needed to protect against the spread of infection’ among residents and patients when it was reviewed by the federal Centers for Medicare & Medicaid Services (CMS) prior to when the pandemic hit.

‘Despite CMS’s instruction, Defendants failed to implement any such measures and the Facilities continued to operate without satisfactory infection prevention and control programs in place.’

The suit also alleges that the facilities were marketed as having ‘an excellent reputation with regulatory agencies… despite the extensive history of regulatory violations and poor assessment ratings’. 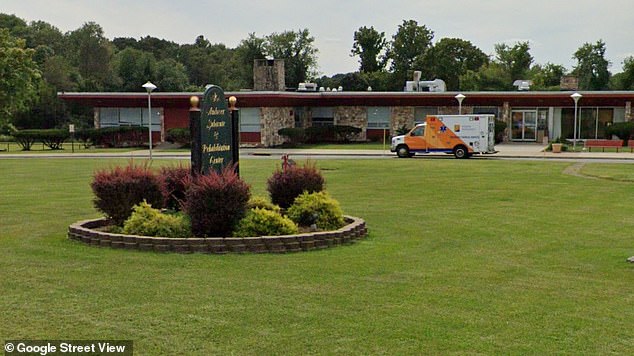 Scheinbaum, one of the facilities’ owners, declined to comment on the specific allegations outlined in the suit when approached by CNN, but said in a statement that the staff of Andover II had taken the COVID-19 threat seriously and complied with CDC guidelines.

‘Despite all our efforts, the virus made its way into our facility, as it did in the majority of long-term care facilities across New Jersey.

‘We took every possible step to handle this crisis internally while simultaneously making dozens of outreaches to local, state, and federal agencies for help. Our healthcare professionals and staff worked around the clock providing quality care to our residents in the face of extraordinary challenges.’

Scheinbaum added that Andover II ‘has made significant progress over the past several months and the facility has made a strong recovery since the height of the pandemic’.

He asserted that CMS determined the facility was in ‘substantial compliance with all applicable standards of care’ as of June 2 – and noted that it has not had a single symptomatic COVID-19 resident since mid-May.

Scheinbaum made no apparent reference to the facility’s debacle in mid-April, when police found 17 bodies piled in a tiny morgue after an anonymous tip revealed that a body was being stored in a shed outside.

By the time police arrived at Andover II on the night of April 13, the body had been removed from the shed.

But a search around the facility – which is one of the state’s largest residential care homes – revealed the stack of corpses in the morgue.

‘They were just overwhelmed by the amount of people who were expiring,’ Andover Police Chief Eric C. Danielson told the New York Times at the time.

Thirteen of the discovered bodies were moved to a refrigerated truck outside a hospital in the nearby town of Newton. A funeral home picked up the other four.

The extent of the outbreak at Andover II outraged family members, who demanded answers from Congress and started their own Facebook support group. 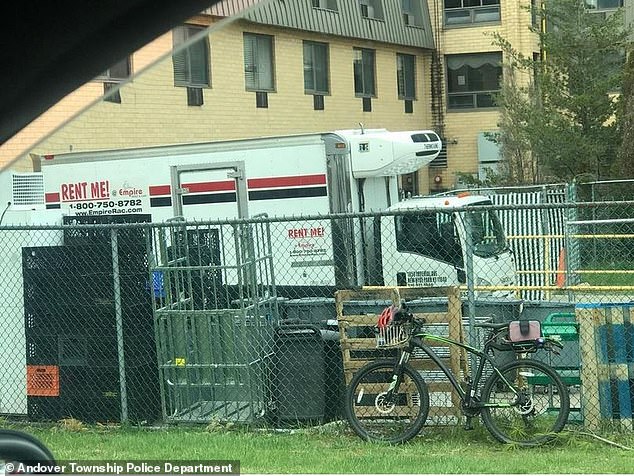 Police responded to Andover II on August 13 after an anonymous tipster indicated that a body was being held in a shed outside the facility. A search discovered that 17 bodies had been stacked inside a tiny morgue. Those bodies were then moved to a refrigerated truck (pictured)