Donald Trump claims he ‘played UP’ the coronavirus after bombshell admission he ‘played it down’ – and claims it would ‘go away WITHOUT a vaccine’ as diabetic man challenges him at town hall: ‘Why did you throw people like me under the bus?’

President Donald Trump defended his handling of the coronavirus during a town hall meeting that aired Tuesday night – including from a former supporter who asked him why he threw ‘people like me under the bus.’

‘Yeah, well I didn’t downplay it. I actually, in many ways I up-played it in terms of action,’ Trump said early in the town hall program broadcast on ABC.

Trump was responding to a direct question from a voter at the event in Philadelphia, where a series of uncommitted voters challenged him with pointed questions on the virus, race, and other issues. 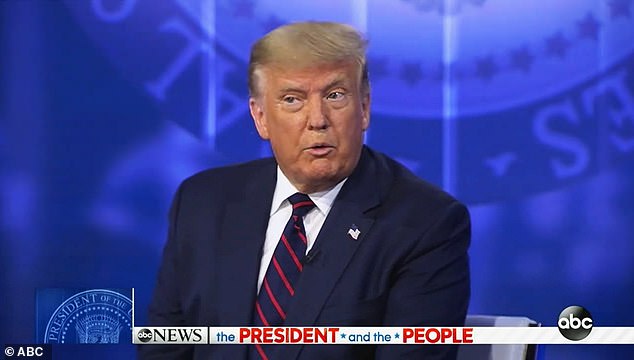 ‘If you believe it’s the president’s responsibility to protect America, why would you downplay a pandemic that is known to disproportionately harm low-income families and minority communities,’ the voter, Ajani Powell, a woman from Pittsburgh asked.

Trump’s response came days after Bob Woodward’s book ‘Rage’ revealed Trump telling the author in a March 19 that he played down the virus to avoid ‘panic.’

‘I wanted to always play it down. I still like playing it down because I don’t want to create a panic,’ the president told Woodward, in an interview captured on tape.

Trump faced some tough questions from the get-go, including from a man named Paul Tubiana who said he voted for him in 2016. 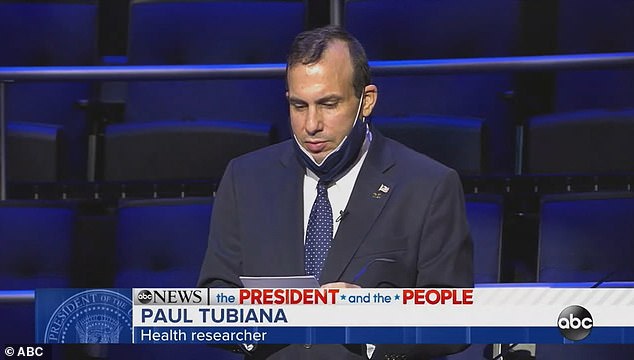 Why did you throw vulnerable people like me under the bus?’ asked Paul Tubiana, who said he voted for Trump in 2016 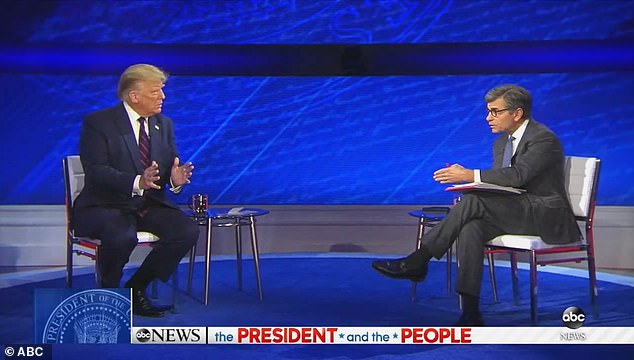 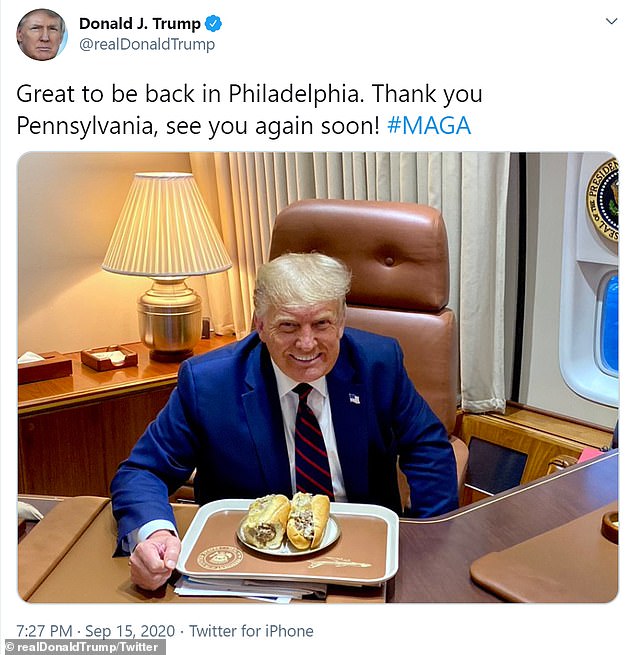 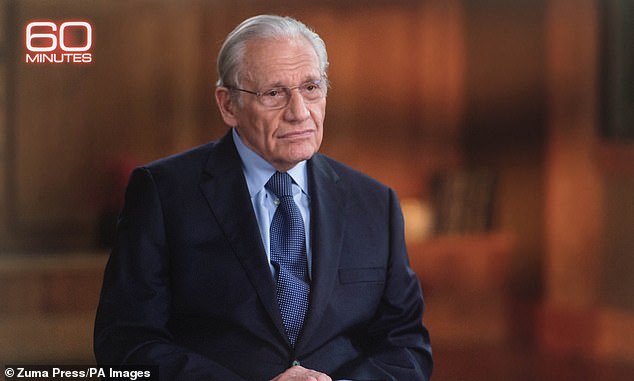 Trump faced voters days after revelations from Bob Woodward’s book, where Trump said he downplayed the virus to avoid ‘panic’ 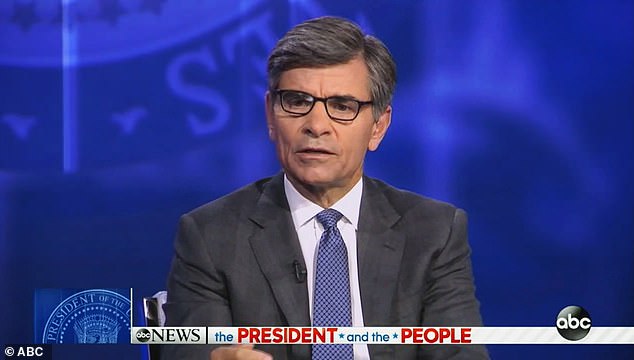 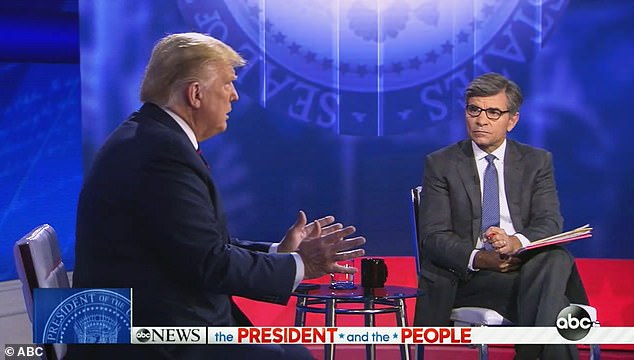 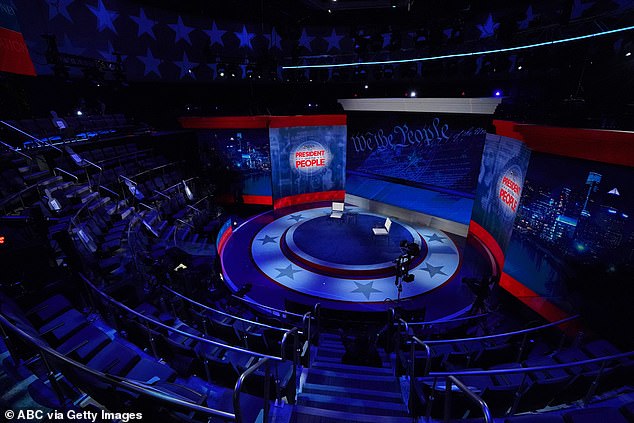 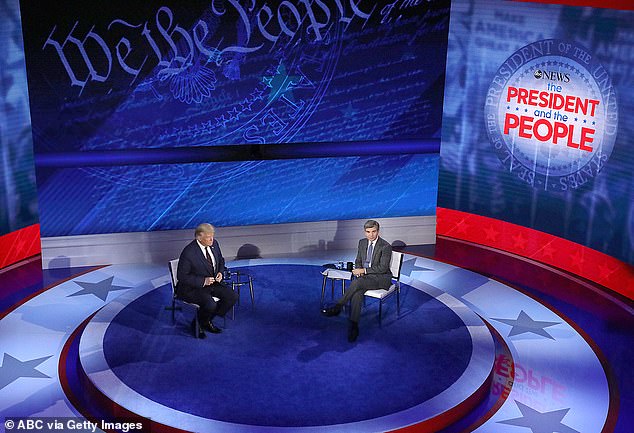 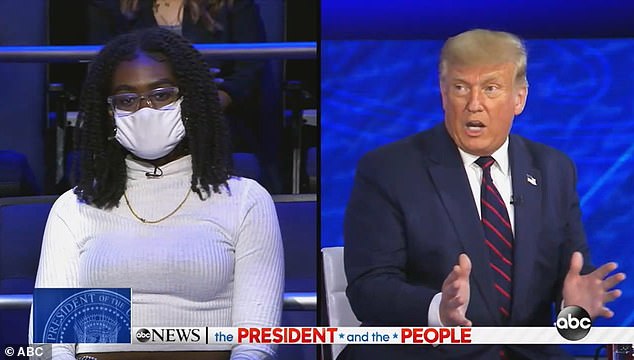 ‘If you believe it’s the president’s responsibility to protect America, why would you downplay a pandemic that is known to disproportionately harm low-income families and minority communities,’ Ajani Powell, a voter from Pittsburgh, asked. 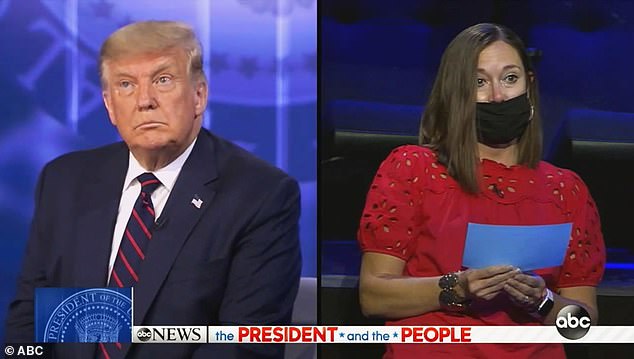 ‘I’m a conservative, pro-life and diabetic. I’ve had to dodge people who don’t care about social distancing and wearing face masks,’ he said – after Trump held rallies with mask-less supporters in the West.

On coronavirus: ‘Yeah, well I didn’t downplay it. I actually, in many ways I up-played it in terms of action.’

From a Pittsburgh voter: ”Why did you throw vulnerable people like me under the bus?’

On coronavirus ‘going away’: ‘It would go away without the vaccine, George, but it’s going to go away a lot faster with it.’

Asked what people think masks are not good: ‘I’ll tell you who those people are – waiters.’ 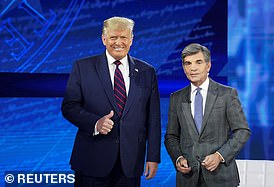 Blaming Joe Biden for lack of a national mask mandate: ”Well no, but he didn’t do it. I mean, he never did it.’

What he learned from the pandemic: ‘I learned that life is very fragile. I knew people that were powerful people, strong people, good people, and they got knocked out by this, and died – six people. It was five until about two weeks ago, now it’s six.’

On any regrets for handling the virus: ‘No, I think we did a great job.’

After Cruceta mentioned her cancer-stricken mom was from the Dominican Republic: ‘Did you say your mom got COVID?’

On cancelled trip to cemetery for fallen troops in France: ‘I said let me just go separately in a car in disguise, I don’t care. I wanted to be there so badly.’

Pastor Carl Day on Trump’s MAGA slogan: ‘Are you aware of how tone deaf that comes off the African American community?’

On report he called fallen U.S. troops ‘suckers’ and losers: ‘But the statements never happened, they were lies.’

On Winston Churchill. Churchill ‘ said, you’re going to be safe. Be calm, don’t panic. And you had bombers dropping bombs all over London. So I guess you could say that’s not so honest, but it’s still a great leader.’

On dignified transfers of remains of U.S. soldiers: ”You know, I go to Dover and I greet, oftentimes, soldiers coming in, and they’re dead’

‘I thought you were doing a good job with the pandemic response until about May 1st. Then you took your foot off the gas pedal. Why did you throw vulnerable people like me under the bus?’ he asked.

Interviewer George Stephanopoulos challenged Trump on past statements that the virus would ‘go away.’

‘It would go away without the vaccine, George, but it’s going to go away a lot faster with it,’ Trump told him.

‘It would go away without the vaccine?’ Stephanopoulos asked him.

‘Sure, over a period of time. Sure, with time it goes away,’ Trump responded.

‘And many deaths,’ Stephanopoulos told him, as the nation approached 200,000 of them due to the coronavirus.

In other remarks, Trump quoted comments from disease expert Dr. Anthony Fauci early in the pandemic amid a shortage of protective gear – then noted that ‘some people’ say not to shut down businesses to spread disease transmission.

‘I mean you have a lot of different ideas. Some people say just leave it the way it is and don’t do any shutdowns, and other people say do shutdowns,’ he said.

Another questioner told him: ‘The wearing of masks has proven to lessen the spread of COVID. Why don’t you support a mandate for national mask wearing?’

‘And a good question is, you ask why Joe Biden — they said we’re going to do a national mandate on masks,’ Trump said, referencing a comment Biden made weeks ago about what he might do once in office after consulting experts.

‘He’s called on all governors to have them. There’s a state responsibility,’ said Stephanopoulos.

‘I don’t want to drive our nation into a panic. I’m a cheerleader for this nation. I’m the one that closed up our country. I closed it up long before any of the experts thought I should — and saved hundreds of thousands of lives,’ Trump claimed.

Trump also fielded a question from a woman who has sarcoidosis and said each year she pays $7,000 plus copays.

‘From the day I was born, I was considerable uninsurable. That disease started in my skin, moved to my eyes, into my optic nerves, and when I went to graduate school, into my brain,’ she said.

She told the president: ‘And should preexisting conditions — which ObamaCare brought into — brought to fruition be removed  … within a 36 to 72-hour period, without my medication, I will be dead.’

When Trump tried to interject to say it would not be removed, she told him: ‘Please stop and let me finish my question, sir.’

Stephanopoulos jumped in to confront him: ‘Number one, Joe Biden … ran against Medicare for All in the primaries,’ Stephanopoulos said.

‘But much more importantly, Obamacare guaranteed people with preexisting conditions could buy insurance, guaranteed they could buy it at the same price as everyone else, guaranteed a package of essential benefits, guaranteed that insurance companies couldn’t put a lifetime limit on those benefits,’ Stephanopoulos said.

He also noted that the Trump administration was in court seeking  to strike down the Obamacare law, which includes the preexisting conditions protections.

Trump pushed back claiming that he had a plan, after Stephanopoulos reminded him: ‘I interviewed you in June of last year, you said the healthcare plan would come in two weeks.

‘You’ve been trying to strike down preexisting conditions,’ Stephanopoulos said.

Trump flew back and forth from Washington for the event and enjoyed a Philly cheese steak on the way home aboard Air Force One. Trump posted an image of the meal, reminiscent of his famous taco bowl image from his 2016 campaign.